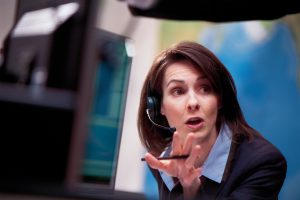 Despite the Data; Sales Follow-Up is not Brain Surgery

If you’re in sales and you are committed to being the best you can be, you’ve probably read many studies over the life of your career – all aimed at helping salespeople understand the best day, time and method for contacting prospects and leads. You’ve probably even tried to incorporate at least some of these findings into your sales follow-up and business practices. As a life-long salesperson and sales manager, I have tried and tested many myself – with mixed results. We’ve been told that this scientific data will us help us structure our office hours better, increase reach-rates and close-rates; be more efficient and productive, etc. – and ultimately, be more successful in our sales career. Perhaps.

Later in this article we will highlight some recent findings so you won’t have to dig through the data on your own (unless you like that sort of thing). But first, let’s examine an important question: Do salespeople rely too heavily on this kind of data?

Answer: Based on nearly a quarter-century of personal experience, I happen to think so. I’m certainly not opposed to using scientific research to improve my business and help my sales team do a better job. The truth is, this type of analysis can be very useful when used correctly. However, first-hand experience has also shown me that in the wrong hands (or without proper direction) this data can actually be counterproductive, leading to a condition I’ve identified and named “F-B-E”. F-B-E (otherwise known as “Fact-Based Excuses”) is more than a “condition”, really; it’s a dangerous trap! In the hands of the wrong rep, F-B-E causes analysis-paralysis just as easily as that same data spurs motivation and greater success in others, who utilize it more wisely. For example: a sales rep (or manager) reads a statistic – let’s say, “The best time to make calls is 4-5PM” – and then, concluding (naturally) that making calls any other time of day is unproductive, finds a way to justify inaction or to focus on less productive activities the rest of the day. Who can build a successful sales career by calling prospects only ONE HOUR per day? Ridiculous, right? Yes. But it happens.

Adopting these studies’ conclusions as “gospel” or the only way to conduct your sales business does far more harm than good, resulting in the development of really bad habits and ultimately – a severely depleted pipeline. As managers we must guide our reps’ implementation of this information and help them to view the data simply as tools to assist them in making the best available productivity decisions throughout the day.

Of course, we’ve all heard the counter-argument as well; that if you consistently make enough phone calls you will in fact, be successful – regardless of when you make the calls. So, what’s the real story? Does utilizing the science make us more successful or is it just good old-fashioned hard work that helps us reach our goals? Probably a good, healthy combination of both. For instance, another study suggests that we avoid making calls over the lunch hour. But the thing is … WHAT exactly IS “the lunch hour”? Is that a nationally recognized “thing”? Of course not. You might avoid calling from 11:30am -1pm, only to find out your prospect skipped lunch today, in lieu of a 1:30 meeting … and now you’ve missed him completely, until tomorrow. I might be old school but I am still a firm believer that anytime you’re on the phone is a PERFECT time for calls.

Ultimately you will do what you do, but I encourage you to avoid the temptation to adopt data and stats as the end-all-be-all for conducting your business. You’re smart; you decide. And on that note, here are the data highlights I promised at the beginning of this article:

>> Older and more recent studies alike seem to reach the same conclusion, that calls made on Wednesdays and Thursdays are most productive; followed by Tuesday, then Monday. Fridays are scientifically regarded as the worst day for calling prospects.

>> One highly regarded study (older) found that the best time to qualify leads was late in the afternoon – between 4pm and 5pm and that the second-best time was 8am. This same study suggests not making sales calls late morning (11am) and again mid-afternoon (2:30pm). Another, more recent study, found 4-5pm is still the best time to call prospects, but that 11am-Noon is the second-best time and 1-2pm is the least productive time; contradicting the first study.

>> Yet another study’s findings [PhoneBurner – 2018] contradicted all of the above, except that Noon-1pm was the worst time to call prospects.

>> All noteworthy sales studies tend to agree that Response Time should occur within 5 minutes and no more than 10 minutes of an inbound contact.

>> A 2018 Bridge Group Inc. SDR Metrics Report found most reps make an average of 45 dials per day — a number that’s hovered around 50 for the last decade. [Tough to do if you’re limiting your phone time only to the hours suggested by the studies.]

>> Sales reps should call at least 6 times before giving up on a lead. More call attempts can result in up to a 70% increase in contact rates. [I mean, this only makes sense, right? You’re not going to reach everyone the first time; maybe not even the first ½ dozen times – so clearly, if you keep trying, your contact rate will go up; kind of a no-brainer.]

>> One thing all studies agree on is that the phone is still our best sales tool (much to the dismay of those who would prefer to hide behind their keyboard and send emails instead). In an article published by EverFi President, Preston Clark, titled: “The Rise of the Silent Sales Floor.” Clark says, “When the hum of voices is replaced with the hum of keystrokes, you should be very, very concerned.”

It’s very simple, the key to a higher close rate is something your sales manager has probably tried to drum into you since day one: “It’s a numbers game.” Volume is the answer! … More prospects = more qualified prospects = more sales closed. The formula has never changed. There’s no need to over complicate it. Relax and have fun. It’s just sales.